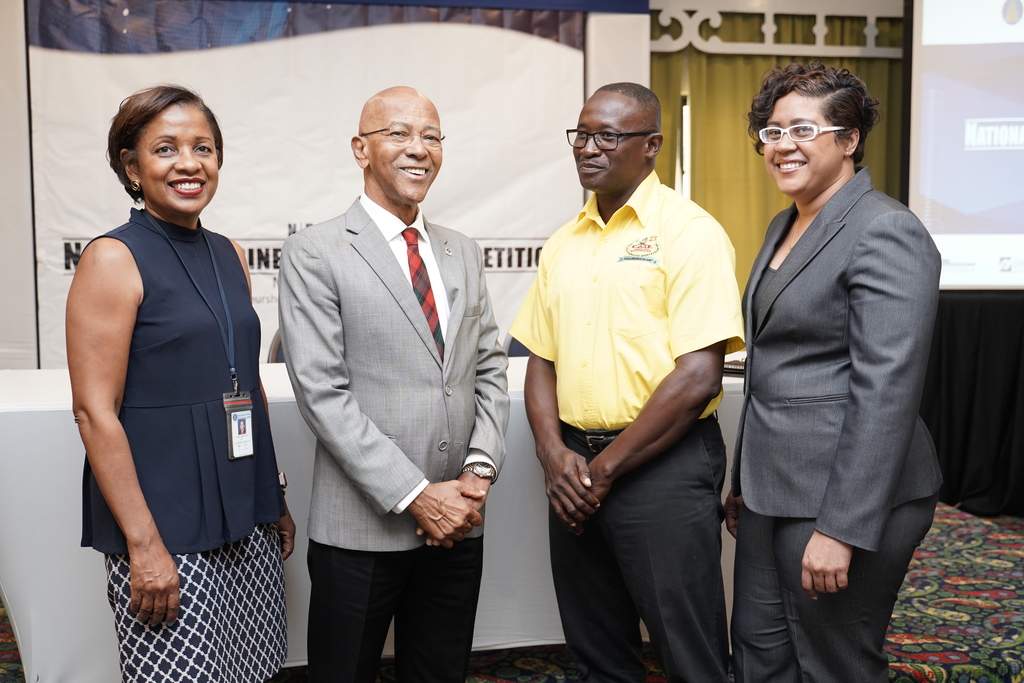 Portland-based College of Agriculture, Science and Education (CASE) has joined the list of local tertiary institutions participating in the seventh staging of the annual National Business Model Competition (NBMC).

The competition, which will be held later this month, is hosted by the Development Bank of Jamaica and the Private Sector Organisation of Jamaica.

The national winner will represent Jamaica at the upcoming Business Model Competition Global (BMC Global) in Utah, US.

The addition of the multi-disciplinary college, which focuses on the art and science of agriculture and applied disciplines, signals further growth of the initiative organised through the DBJ’s Jamaica Venture Capital Programme.

The programme is aimed at creating a robust entrepreneurial and early-stage ecosystem for Jamaica while nurturing creativity and critical thinking among tertiary-level business school students.

Milverton Reynolds, Managing Director of the DBJ, said, “We are moving in incremental ways, but we are making a difference.”

“After six years of competition, the success rate of the NBMC has been tremendous. To date, over 40 businesses have been formed with 30 still being operational. A number of them have also received equity investments and some have developed and expanded into new markets regionally and as far away as the United Kingdom.”

Reynold also shared that one of the NBMC’s participating firms has been accepted in the world-renowned accelerator – Start-up Chile, while others continue to refine their prototypes and execute contracts with government and private-sector companies.

The competition will be held on March 26-27 at the Knutsford Court Hotel in Kingston and cash prizes of up to $4 million in addition to the all-expense paid trip will also be up for grabs.

This year’s international staging, recently rebranded from the former International Business Model Competition (IBMC), will be held on May 21-22 at the Brigham Young University campus in Provo and teams from numerous universities and business schools across the globe will vie for the grand cash prize of US$20,000 and the prestigious BMC Global trophy.

The international competition stands as the first and largest student venture validation competition in the world.

Jamaican universities performed exceptionally well at the 2019 IBMC as UWI’s Ja Bio Plastics and UTech’s CCML Formula and Xermosol were listed as semi-finalists, while NCU’s MarijTech received an honourable mention. This came on the heels of major successes in 2018 when NCU’s Beasc Technologies was awarded first-place bragging rights, the Global Champion trophy and US$30,000; UWI’s Eco-Structures was awarded second place receiving a cash prize of US$20,000; and UWI’s Queritel placed in the top 10 out of 42 universities worldwide.

The NBMC creates a platform for experiential learning and the honing of entrepreneurial skills as it continues to develop a pipeline of entrepreneurs from the local universities.

The competition is in keeping with DBJ’s Vision for Jamaica’s Private Equity-Venture Capital Industry, which is to ensure that Jamaica is among the top three entrepreneurial and investment hubs in the Caribbean and Central America by 2020.

Audrey Richards, Project Coordinator at the Jamaica Venture Capital Programme, added, “We, along with the PSOJ, the IDB Lab, and new and longtime sponsors, are focused and resolute in our continued role to fill gaps in the market as we seek to provide affordable access to finance for all Jamaicans from all walks of life. I’m especially proud as the teams entering this year’s competition are diverse and cover areas that are important to the industries of our economy.”

Business modelling, geared at reducing the failure rate of start-up businesses, differs from a static business plan and focuses on assessing customer interactions then pivoting and changing course based on the lessons learned.